Those of you who track down special bounties in The Predator Hunt promotion have likely crossed paths with “Svetarik”. She is a prominent streamer in the Russian-speaking community and knows her way around a poker table.

Recently Svetarik triumphed in The Predator while live on stream, outlasting many value-hunters on her way to glory.

Svetarik mainly grinds tournaments these days, but she cut her teeth in the world of micro-stakes cash games.

“Discovering poker was pure chance,” explained Svetarik, “I met some graduates from the university where I studied and learned their main profession was playing poker. It intrigued me, and I began playing online poker. I lost badly at NL” but then came to my senses, began to study more in-depth, and began playing NL10.”

The Start of a Streaming Career

Poker was not in Svetarik’s plans for a career when she first discovered the game. She was more interested in completing her studies, yet poker is now a massive part of her life. Svetarik jumped on the streaming bandwagon as a way to communicate with others during long grinding sessions.

“I am an unusually sociable person, and there was a lack of communication when I had to grind long hours. A friend suggested streaming, and I decided to try it. I really liked it and thought it was a great way to broadcast me playing poker while interacting with people simultaneously, which is what I needed. I didn’t call myself a professional streamer; I considered streaming a hobby.”

That hobby now earns Svetarik a decent income in addition to her poker winnings. Only two years after starting her stream, Svetarik has an army of more than 14,000 subscribers.

“The business that used to be a hobby now brings in a good income.”

Drawing Inspiration From The Positives of Streaming 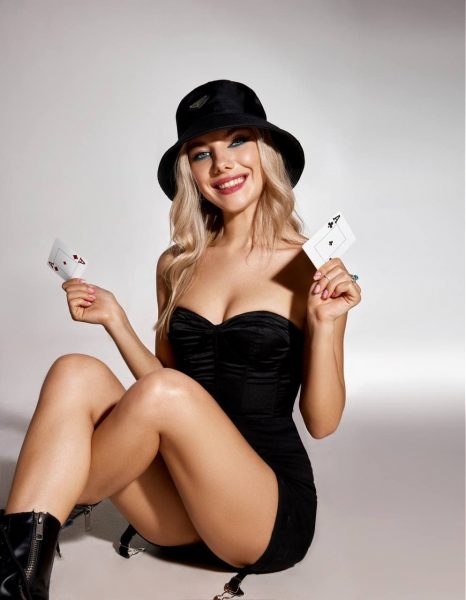 Many streamers say there are plenty of positives and negative to broadcasting their every move on the internet. Svetarik only ever draws inspiration from the positive aspects.

“For me, the best thing about the life of the poker streamer is you can enter tournaments, take first place, while thousands of people are watching for your next victory. It is an indescribable feeling. Also, when you enjoy success, you motivate other people to develop their skills, and you yourself become better as a result.”

“As for the worst, there are no such moments! If they do appear, I immediately get rid of the negativity and do not let it stick in my mind.”

Svetarik enjoyed one of many first-place finishes in a recent edition of The Predator, the tournament that partypoker players are tasked with eliminating her from! How did it feel to not only win the event but to do so while live on stream?

“I have the most stunning memories! I announced at the beginning of the stream that any money won would be invested in myself, literally because I have the desire to have a breast enlargement, so I had no choice not to enter this tournament! The mood in the chat seriously helped me too.”

Legend of the Week Free Tickets

Victory in the Predator helped push Svetarik into one of the top positions in the Legend of the Week promotion, more than $1,000 worth!

The structure of our tournaments, with limited re-entries, reduced late registration, and the fact they finish at a reasonable hour, are all positive points of our Daily Legends. Svetarik thinks larger fields are better fields.

“If so many people play at a site and create big fields, then they are good fields. I had to download the partypoker client myself to make sure, and I can confirm the tournaments are great with my good results at the site!”

Although Svetarik loves streaming her play at the online poker tables, she is currently learning the intricacies of live poker, so look out for her there.

“Not so long ago, I moved to Sochi, and I’m learning about live poker. For me, this is a new direction that gives me numerous positive emotions and drive. I gave up watching TV shows that take up a lot of my spare time. I read more, go swimming, go to the gym, and enjoy the wonderful views of the mountain peaks.”