You are at:Home»Features»Sergey Yashchur Could Not Believe He Won the WPT Pro Hunt

Sergey Yashchur Could Not Believe He Won the WPT Pro Hunt

Sergey Yashchur shone in the WPT Pro Hunt at the beginning of the ongoing WPT World Online Championships (WPTWOC). Yashchur was one of 1,374 partypoker players who bought into the event for $33, helping to create a guarantee-busting $41,220 prize pool. Yashchur not only bought in, but he was the last man standing, a result that saw the Ukrainian bank $5,340 in prize money and a free $5,300 seat to the $5 million guaranteed WPTWOC Main Event.

The WPT Pro Hunt champion is something of a freeroll and low-stakes specialist, and a regular winner of tickets into larger buy-in events, so it was a little surprising to find him in the $33 WPT Pro Hunt field.

Yashchur’s first table was also the home to Team partypoker’s Isaac Haxton, who played the event with a $109 WPTWOC Main Event Day 1A Satellite ticket on his head. Yahsur’s very first hand saw him dealt pocket aces, which was maybe a sign of things to come. Haxton and Yashchur clashed in that first hand, but Haxton ducked out of the way when Yashchur fired a five-bet. 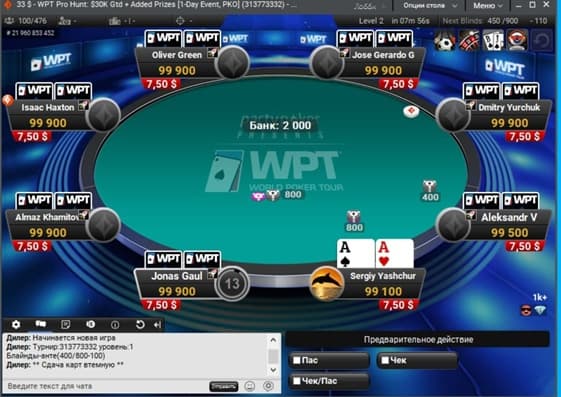 “After that baptism of fire, I tried to build up my stack and knockout the smaller stacked players. I did not go after Haxton’s bounty because it is not easy to eliminate a player of his quality. In the latter stages, I played with more restrain because it is better to try and make big knockouts.”

“As soon as I reached the final table, I convinced myself that the trophy would be mine. Three days before the tournament, I motivated myself into thinking I would reach the final table by any means. I was not worried about playing on the final table because I felt I had nothing to lose 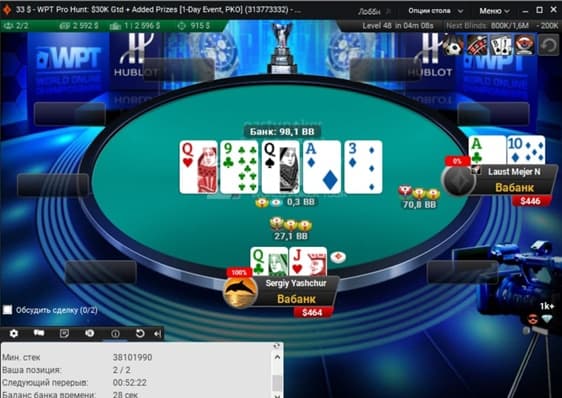 “Before reaching heads-up, I eliminated three opponents. Heads-up was against a Danish player (Laust Mejer Nielsen), who had a two-to-one chip advantage over me. I drew level in chips after making a flush, then we played a roller coaster for around 20 minutes with the chip lead changing hands several times; I began to doubt myself. After a scheduled break, he raised, and I pushed all-in with queen-jack, and he called with ace-ten. Two ladies drove up to me on the flop and I doubled up.

“A couple of hands later, I had a flush draw on the flop. He bet and I called, with the flush filling on the turn. He bet all-in and I called, hoping he did not have a higher flush than mine; he had two pair.” 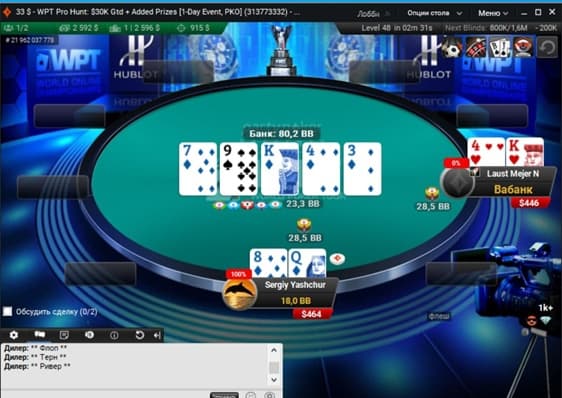 Yashchur’s hand held as the river failed to improver Neilsen, the victory was his!

“I was in a stupor for a couple of minutes before running to wake my wife. Her first words were to ask what currency my prize money was in, hahaha! Neither of us could sleep. Instead of celebrating the next day, we decided to simply go to the river with our children for a day out in town.”

The WPT Pro Hunt champion’s attention now turns to the $5 million guaranteed WPTWOC Main Event, which will be the largest and richest poker tournament Yashchur has ever played. How is he preparing?

“It means a lot to me. For me this is a chance to change where I live now and improve my family’s lives. I really want to get into the money places, and I understand that it will be very difficult. I have already begun preparations for the event, such as reviewing sessions and watching live streams. There are a couple of MTT books that I haven’t ready yet, too.” 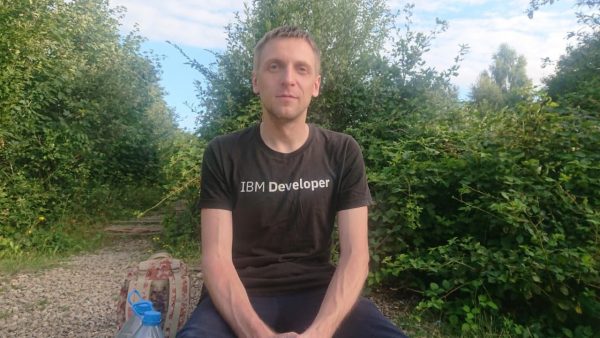 Everyone wishes 35-year-old Yashchur the best of luck in the WPTWOC Main Event. The banking IT specialist is a devoted family man and you can sense how much a massive score would mean to him. One thing is for sure, Yashchur will do everything he can to reach the WPTWOC Main Event money places.

“The main thing is to believe in yourself, work hard, and never give up. Do this and you will succeed.”