Switzerland’s Christophe Panetti has already locked up the largest score of his live poker tournament career and is looking for his first-ever six-figure haul. Panetti is the current chip leader going into the final table of the 2021 partypoker LIVE MILLIONS North Cyprus $10K High Roller event.

He will not have matters his own way despite returning to the action as the chip leader because there are some incredibly talented players joining him at the final table.

Others to look out for include Germany’s Tobias Duthweiler, whose achievements include a final table appearance at the 2019 MILLIONS Las Vegas, former WPT Barcelona runner-up Boris Kolev of Bulgaria, and the final table’s short stack Fahredin Mustafov, who won the 2018 MILLIONS Grand Final €10K High Roller. 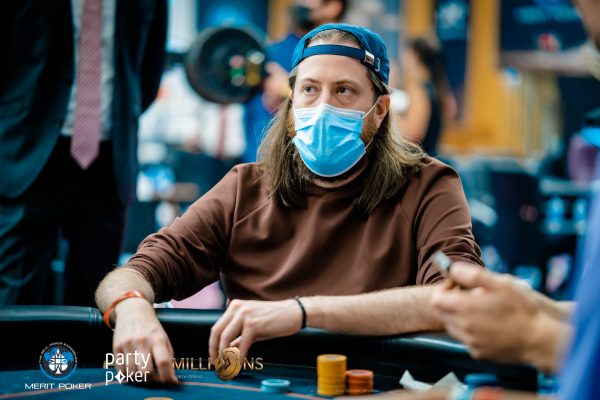 Day 1 of the $25K Super High Roller event drew in a crowd of 19 entrants but only 11 of them made it through to Day 2. Late registration is open for the first four levels of play, so we fully expect the attendance figures to increase.

Steve O’Dwyer is the man who leads the 11 Day 2 players back into battle, doing so with 861,000 chips. O’Dwyer is a beast of a poker tournament player, and his $30,475,678 in winnings rank him 12th in the all-time listings. There is quite the way to go in this event, but it would take a brave person to bet against an O’Dwyer victory now he finds himself in a dominant position.

The rest of the ten surviving players read like a who’s who of the poker world, showing the draw the partypoker LIVE MILLIONS tour has.

Laszlo Bujtas, a regular in our high buy-in online events, finished Day 1 with 499,000 chips, which are enough for second place at the restart. Alexandros Kolonias and Viacheslav Buldygin have the next largest stacks, before you find Team partypoker’s Joni Jouhkimainen in fifth with 291,000 chips. 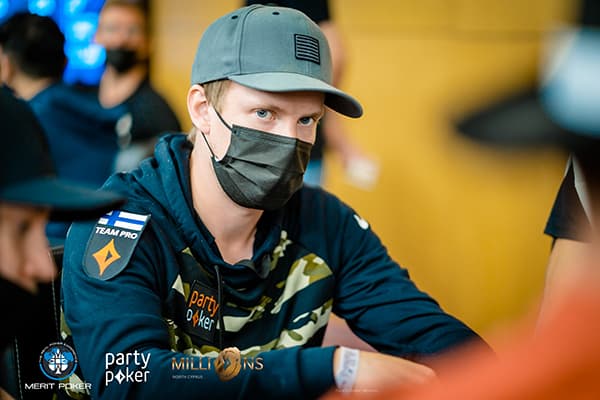 Our Finnish star has been itching to get back into the live poker world after starting the disrupted 2020 strongly.