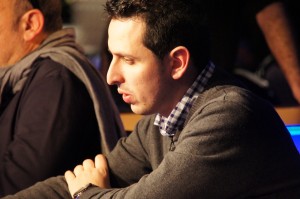 How To Beat Sergio Aido?

Sergio Aido has been a very interesting player to watch. He already gained something like €25,000, almost three times his starting stack.

He is very active, getting involved in what seems like every single hand. Usually he gets the better of it without having to show his hole cards. So his opponents don’t have much information about which hands he actually plays.

He’s been betting a lot, seemingly bullying the table (even though he had the best hand most of the time). Up till now noone really found a recipe against the Spaniard.

Lets have a look at the numbers for those who are sitting at the table right now. 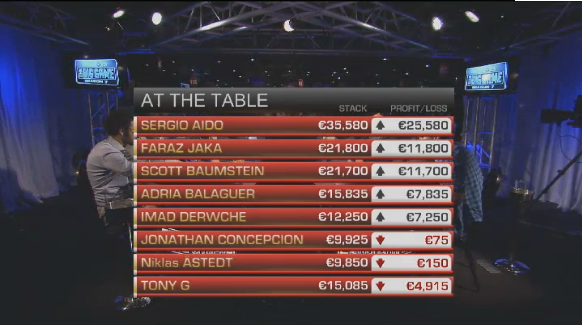 The partypoker203.com Big Game Season 7 is Live Streamed here: bit.ly/biggamestream So who do you think is going to win? Let us know in the comments below and remember to follow us on Twitter and like us on Facebook now!