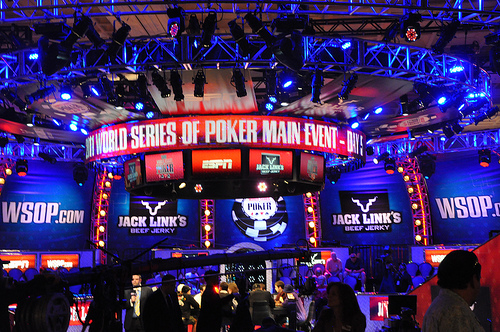 Preliminary details have been released and Tweeted by the WSOP about the schedule of events for the 2012 World Series of Poker, with a little mystery surrounding whether or not the delayed final table of the Main Event will return again.

The November Nine format (where the Main Event played down to the final nine players in July and then paused until November when the final table was played out) debuted during the 2008 WSOP Main Event.

No boost in ratings?

The idea at the time was to boost ratings for the ESPN televised coverage by introducing a delay during which fans and media outlets could get to know the November Nine players better, developing more of a rooting interest in the ultimate result.

Reviews were mixed as far as whether or not the November Nine format was a success, with many feeling that ESPN’s decision to make much of the 2011 WSOP Main Event action available via a live stream was the final nail in the coffin of the November Nine.

WSOP officials have scheduled a press conference on February 1 to announce the final schedule for the 2012 WSOP, but early signs point to the 2012 Main Event being played out as it was in the past, with action beginning on July 7 and concluding on July 16.

Various 2+2 posters have suggested that the final table could still be held at a later date after July 16 and so far the WSOP has played it coy.

Poker fans will have to wait for the official announcement from the WSOP as far as the fate of the November Nine but some other changes are set in stone, such as the 2012 Main Event just featuring three starting days instead of four as in past years, with the full slate of 61 events for the 2012 WSOP running from May 31 to July 17.