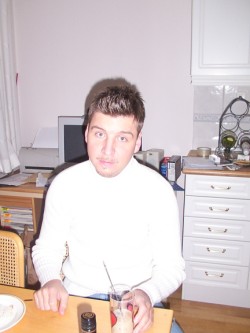 partypoker203.com’s last $300K Guaranteed Sunday of the year was won by pro player High11th from Stockholm, Sweden, who took home just over $44,000 after a three-way deal.

Qualifiers for the $300K Guaranteed Sunday run each day on partypoker203.com – and if you want to do well, then take some of the advice given by 33-year-old High11th, who plans to plough his winnings back into his bankroll. He said: “I think people tend to play too tight and don’t realise the value of building a stack.

“You have to realise that poker is a game of chance as well as a game of skill – and sometimes you have to take risks to build a stack. You can’t win every tournament you play, even if you play them perfectly, so just accept that you sometimes run into set ups that you can’t get out of.

“If you start to consider legendary folds with K-K pre flop, then you are just going to fool yourself in the long run. If you are up against A-A, then just accept it and realise you would have had the best hand nine times out of ten.”

However, High11th added that you should be folding a good hand after the flop if you think you are well behind. “There was a key moment in my $300K Guaranteed Sunday tournament early on. I made a very strong fold early in the game when I raised with A-Q pre-flop up to 300. Blinds were 50/100. The flop came 9-J-Q with two clubs. I bet it and got one call. The turn was a 3 of spades and I bet again and he re-raised me.

High11th has been playing poker since he was a kid, when he would take on his grandmother for fun. Now he plays full time and has an excellent online multi-table tournament record. As well as partypoker203.com’s $300K Guaranteed Sunday, he has won a $200K guaranteed event, come second in the same one, and won a $45K guaranteed tournament three times!

But beware, his ambition is “to improve my poker skills”!

Congratulations to all of the following players, who reached the final table…