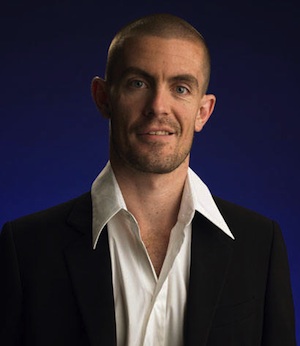 It’s certainly the biggest call I’ve ever seen made. There were only two players left at the live final table of the Poker Million IX and they were very nearly even in chips.

And with eighty big blinds in play, there was every chance for a marathon heads up. Every chance, because they were playing for a million dollars, and you don’t take those decisions lightly.

Not when it’s a winner take all affair and you’ve ground your way through the entire table and have finally reached a point where the stacks have some play.

Just enough play and more than enough pressure and the fact that it’s live on television with hole cards revealed, just those things alone would make you quake in your boots when facing an all-in reraise to your minimum open and all you have is Ace-eight.

Show 23 (December 17) from the Poker Million final is online now! Click the play button to listen:

Ace high, not even a good ace. Even though you could have your opponent beat, you’re in a flip a lot of the time and sometimes you are stone out screwed if you call and he flips over the ace-nine or the ace-ten. Or something way better. That’s what Tony Bloom could have had, but then again you’re not Gus Hansen.

The Great Dane isn’t called that for nothing, and after thinking coolly for just over two minutes, after thinking things through he made up his mind and decided to go. To go for the million dollars and risk losing everything on the next five cards.

He was right, of course. He could have been wrong, but he was right, as he had been every single other time at the final table of the Poker Million, where Gus Hansen put on a display for the ages.

That’s how you win three WPT titles, that’s how you win a WSOP bracelet, and that’s how you win a million dollars and the Poker Million title. You back up your judgement with action as cool as a cat can be. Tony Bloom, by the way, had the Ace-six suited, and for the third time in ten years he was able to see the promised land at the final table without catching the trophy.

It was a great night featuring a great supporting cast of Patrik Antonius, Howard Lederer, James Bord, Barny Boatman, and two gutsy internet qualifiers. We managed to get interviews with them all.

Show 23 (December 17) from the Poker Million final is online now! Click the play button to listen: