You are at:Home»Features»Five of the Best Russian Poker Players

Poker is a global game and that is one of the features that makes poker so brilliant. Players from all corners of the globe can compete in cash games and in tournaments against opponents based thousands of miles away, opponents they may never likely meet.

Here at partypoker, there is a big Russian community and some of the biggest winners at our site hail from Russia. Two of our Team partypoker members, Anatoly “nl_profit” Filatov and Timofey “Trueteller” Kuznetsov call Russia home and both are both feared and respected in equal doeses.

The partypoker blog has compiled a list of five of the best Russian poker players with so many Russian choosing partypoker to ply their trade. Who has made it onto our list? Without further ado and in no particular order, let’s take a look.

Our very own Anatoly “nl_profit” Filatov makes the list thanks to his impressive results both online and in the live arena. Filatov has amassed online poker tournament winnings of more than $4.2 million and almost $3.1 million in the live arena.

PocketFives.com ranks Filatov as the second-best online poker tournament player from Russia and 13th in its worldwide rankings.

Filatov’s greatest poker tournament result to date has to be when he triumphed in the partypoker LIVE MILLIONS Russia Main Event in Sochi back in August 2018. The Team partypoker star topped a field of 692-entrants to get his hands on the equivalent of $944,230, ensuring the winner’s trophy stayed in the Russian Federation.

2019 has already started well for FIlatov and we expect him to shine over the next 12-months.

The online poker superstar known at partypoker as “phileasfogg” has won almost $2.25 million of his $8.6 million online at partypoker. Currently ranked first in Russia for online poker tournaments and third in the worldwide standings, phileasfogg is an incredible poker player.

Phileasfogg’s biggest score at partypoker weighed in at $114,400, his reward for a fifth-place finish in the September 2018 POWERFEST #108-SHR: $2M Gtd Championship Event. Nine months earlier, phileasfogg finished second in the POWERFEST #26-H: $500K Gtd for $103.380 after a heads-up deal with champion “aLiNeNok1617”.

Look towards the top of the chip counts and finishing positions of the biggest buy-in tournaments at partypoker and you’re likely to find the name of phileasfogg. 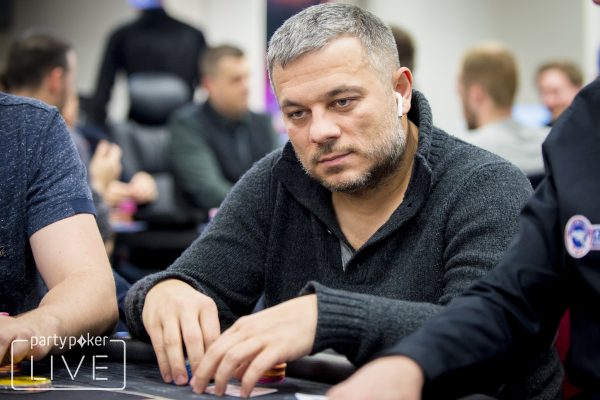 Vladimir Troyanovskiy is predominately a live poker tournament player, although he has been known to frequent the high stakes online cash games and tournaments where he is known simply as “vovtroy.”

A family man, businessman and gambler, Troyanovskiy has more than $6.6 million in live poker tournament cashes despite going against the advice of his peers and not following bankroll management.

We wouldn’t advise following Troyanovskiy’s lack of bankroll management as it is risky and you could go broke easily, but it works for him and he is one of the most dangerous poker players on the circuit today.

Artem “toadstoadstoads” Vezhenkov may be better known to some of you as “veeea”, an online grinder who has won more than $8.36 million from online poker tournaments, including over $900,000 from his play at partypoker.

It is rare to find an online crusher who does not frequent the live poker scene like Vezhenkov. His first live cash came in 2011 and he followed this up with eight cashes in Cyprus during 2013 before taking a hiatus from live poker events. Vezhenkov made an appearance at the 2018 partypoker LIVE MILLIONS Russia festival, finishing 18th in the Open and seventh in the High Roller.

Our final Russian player on the list, but certainly not the least, is Team partypoker’s Timofey Kuznetsov, better-known by his online moniker “Trueteller.”

Kuznetsov is one of the best online poker cash game players of all-time, one with several million dollars’ worth of profit in both no-limit hold’em, pot-limit Omaha and Triple Draw games. While Kuznetsov has been known to play tournaments, his hourly rate in cash games is so high that he tends to shy away from this format.