You are at:Home»Older posts»First Bigger Pots And More Money To The Table 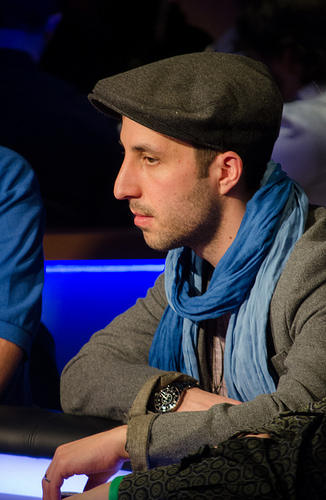 First Bigger Pots And More Money To The Table

Finally, we saw the first live straddle. It was Alec Torelli, who put out the chips. The pot was won by Toby Lewis (who’s been busy winning pots lately).

Meanwhile, Scott Baumstein asked about raising the blinds to €50/€100. He didn’t get any response, but we’re sure that sooner or later he will get his wish.

After a slow start, the chips are flying now.
Alec Torelli is actually topping up already. He lost around 10k of his 20k starting stack. And one doesn’t travel to the biggest cashgames around the world to play for ‘small’ amounts.

He might be tilting a little after losing half of his stack to Scott Baumstein. He opens a lot more, taking down pots with 3- and 4-bets. 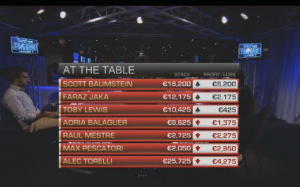