You are at:Home»Older posts»Dragan Galic: More fun and less stress at the poker tables 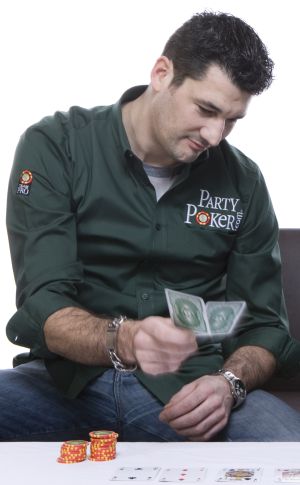 After my never-ending suckouts in the past months, just one example… at WPT Barcelona I lost with my Aces against JJ and the “One-Eye-Jack” (one Outer) on the river, this is annoying but acceptable…

But I also played the Eastsee Baltic Poker Championships, with unclear rules. Since it was not clarified, if a player could fold after the river was dealt, without showing his cards, it came to some excitement.

The dealer took them out of the muck and opened them

In detail: I was playing a hand with Check-Call on the river and when I saw that I was beaten, I threw my cards into the muck without showing. But the dealer took them out of the muck and opened them… of course I was not amused.

Some hands later, heads-up, both players threw the cards into the muck without showing, then the second of the two “muckers” won the pot without even showing the winning hand… I don´t have to tell you that we had the next trouble!

It is in the nature of the game, that a player wants and has to bluff and if you then have to show each time your cards to the others, it distorts your complete game.

This was loudly criticized by me and after some “battle”, then changed to my satisfaction after the dinner break.

I wish you more fun and less stress at the tables of this world!