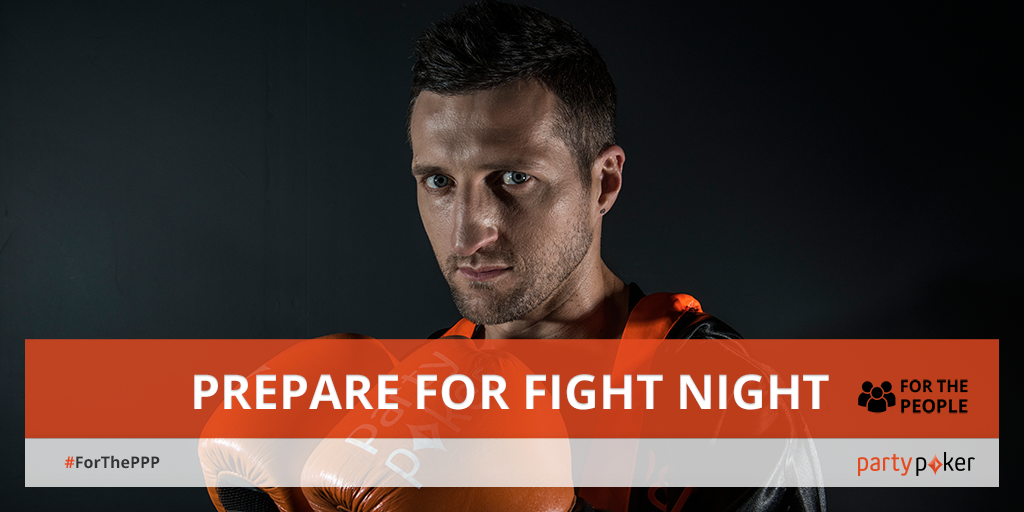 Let’s get ready to rumble! On Saturday 30 January, for one night only, we are doubling the guarantees on three of our most popular tournaments, giving you the chance to win a share of a guaranteed $160,000!

Just in time for the first payday of 2016, The Jab, The Contender and The Uppercut see their usual guarantees double to twice the size despite the buy-ins remaining exactly the same! Buying into all three tournament would only cost $136.50 and it would give you a chance of scooping some of those huge guarantees.

Acting Director of Games at bwin.party Tom Waters said: “January pay day weekend on partypoker offers all poker players the chance to win a share of $260,000 with Fight Night on Saturday and The Cobra on Sunday. Doubling the guarantees on Fight Night rewards the regular Power Series players twice the amount for the same small buy ins.”

Win Your Way to Fight Night

Don’t forget that it isn’t only cash that you can use to buy into these double guaranteed events, you can also use Tickets.

Tickets tournaments start as low as $0.01 with Ticket Brawls that award 30 Uppercut seats costing $22 to enter.

What’s more, partypoker ambassador Carl Froch is playing with a massive $2,000 bounty on his head. Rob Yong, Simon Trumper, Simon Lazenby, and Made in Chelsea star Jamie Laing are also hitting the felt and doing so with $2,000 bounties on them.

Keep up to date with all things partypoker!