You are at:Home»Older posts»The Hungarians are coming! No they are not says Tony G! 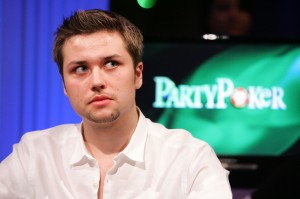 The Hungarians are coming! No they are not says Tony G!

My time in the United States is now over – after four weeks in casinos I am looking forward to a break and a bit of normality. I am in London at the moment, planning to move on again at the end of the week.

I got a call this evening from a colleague:

“I know it is not quite the Playboy Mansion but I have you an invite to Pageant Media’s E-Gaming Review drinks reception on Wednesday night. Be there for 6pm.”

Back to normality and back to my desk soon!

The Lithuanians are stronger than the Hungarians

I stayed on to watch the final table at the WPT LAPC and witnessed Hungary’s Andras Koroknai take down the title. I called Tony G today to ask him about the influence of Hungarians on the world poker scene. Two years ago I was reporting when Peter Gelenscer took down the Main Event of the PartyPoker European Challenge in Vienna and I re-acquainted myself with Peter who was on the rail in LA cheering his friend Andras on. It got me thinking, these guys are good? Are they the best in Eastern Europe? I was sent on my bike…

“The Lithuanians are stronger than the Hungarians,” said Tony. “I know this small group of Hungarian players are good but I would take Lithuanian poker talent over them any time. Let’s get two teams together and play Hungary versus Lithuania, there would only be one winner. Let’s get it on.”

What about Yevgeniy Timoshenko – is he American or Ukrainian – an Eastern European great? “Timmy rode his bike at the Premier League,” said Tony.

As well as riding the bike, Timmy also bailed out on a trip to Disneyland with me – suppose that is what happens when you get caught up in all night online grind session. Disneyland is Mickey Mouse compared to making millions on the live and online poker circuits…

Talking of the best players in Eastern Europe – qualifiers are now online for the WPT Bucharest at the end of this month. You can qualify online at Gamebokers or leave me a message on the blog and I can provide direct buy-in details. Just got word Jamie Gold is joining the field.

Tony then talked about the US. “For me it is trike time for Roland De Wolfe,” said the G.” I may not have done well at the Premier League but he was really disappointing – no bluffs, playing tight. I may have been dressed as kermit but he looked like a bigger muppet.”

Thats not a nice thing to say about Roland De Vader… 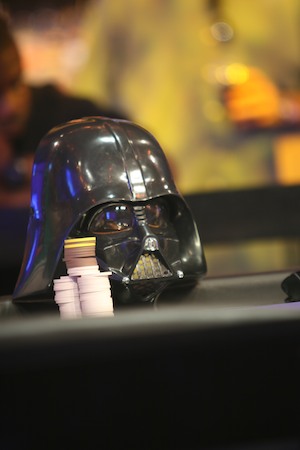