You are at:Home»Older posts»Daniel Negreanu eliminated in seventh place (2 points) 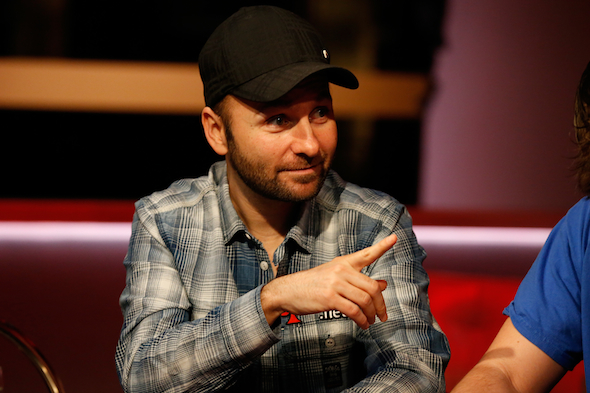 Phil Hellmuth doubling up through Jonathan Duhamel with pocket sevens against

despite there being two clubs on the flop, led indirectly to Daniel Negreanu’s elimination is seventh place.

The next hand Negreanu raised to 24,000 on the button with

and Hellmuth said: “My instincts are screaming at me to move all-in,” before calling with

, it was checked to Negreanu, the Canadian moved all-in and Phil Hellmuth called all-in for 101,000 total. The

completed the board leaving Negreanu with just 34,000.

He then got a double up with

, it was checked to Esfandiari, he bet 102,000 which was enough to get the others out, Negreanu saw the bad news and he couldn’t get there on the

Those two points should be enough to see Negreanu reamin above the relegation zone, but he’ll be in the play-off zone and need to pick up some points in the last heat.