You are at:Home»partypoker LIVE»Chris Brice triumphs in the UKPC Main Event for a £187,500 score

Chris Brice triumphs in the UKPC Main Event for a £187,500 score

Chris Brice became a poker champion on February 25th as he was the last man standing after four days of intense action in the partypoker LIVE UK Poker Championships Main Event at Dusk Till Dawn, Nottingham.

The official eight-handed final table was set when Steve Morris, winner of the Super High Roller event earlier in the week, sent Dan Charlton to the rail in ninth-place, a finish worth £12,500. 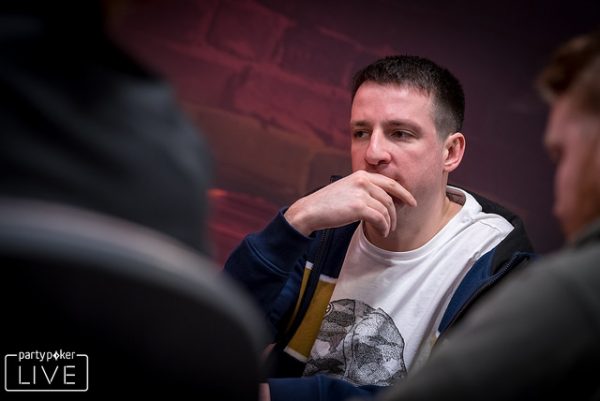 It took 38 hands before the first elimination of the final table occurred and it was Ryan Mandara who became the eighth-place finisher. Mandara three-bet shoved over a Daniel Clark raise with

and Clark called with

. Mandara stayed well ahead on the flop and turn, but the nine of hearts on the river ended his tournament prematurely.

Ext to fall was Andreas Olympios who moved all in from the cutoff for around 11 big blinds with pocket fours and was called by Thomas Hemming in the small blind who held a pair of aces. The five community cards failed to come to Olympios’ rescue and the remaining players all gained some more elbow room.

Daniel Morgan had been among the chipleaders through the tournament, although he ran out of steam towards the end. Morgan bust on the 91st hand of the final table, his pair of red nines losing to the jacks in Brice’s hand, despite Morgan flopping a set; Brice spiked a better set on the river. 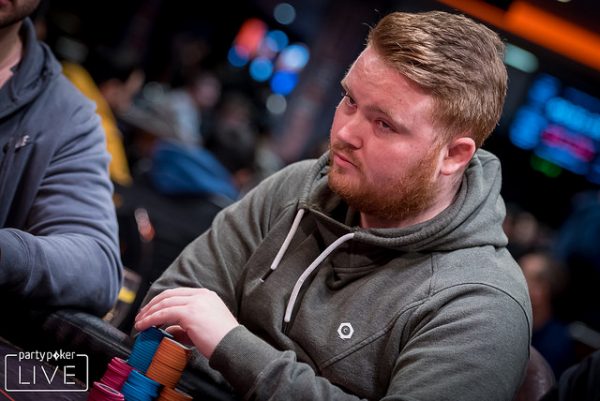 Morris then crashed out in fifth-place for a £40,000 addition to his bankroll. Down to approximately 13.5 big blinds, Morris open-shoved from the small blind with what turned out to be

and Hemming called in the big blind with

. Morris paired his six on the flop but couldn’t find any of his other outs and he headed to the cashier’s cage after another impressive run.

from under the gun, Hemming called on the button with

. Clark got out of the way and Hemming called. Hemming improved to a set on the flop of the

Brice never relinquished his lead and it was a real cooler of a hand that concluded the tournament. Clark opened to three-times the big blind, making it 1,800,000 to go with

flop was no help to Clark. Neither was the

turn although it gave him a few outs to a straight. The river was the

, which bust Clark in second place and left Brice to collect by far the largest score of his career so far.

Coming up on partypoker LIVE

Next up for the partypoker LIVE tour is a trip to Uruguay for the Latin American Poker Championships between February 24th and March 4th, Grand Prix Austria between March 5th and March 19th, the Grand Prix Irish Open from March 4th to March 111th and the €23 million guaranteed MILLION Grand Final in Barcelona from April 7th to April 15th.