You are at:Home»Older posts»Bryan Piccioli aka enterthewu19 on cashing at WPTs, EPTs and WSOPs plus life down south in Mexico and final table strategies and more 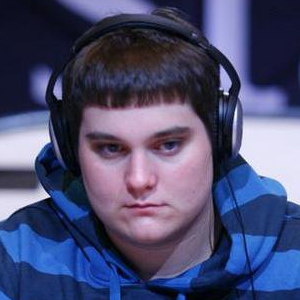 Bryan Piccioli aka enterthewu19 on cashing at WPTs, EPTs and WSOPs plus life down south in Mexico and final table strategies and more

Back for some more perfect poker talk,  and this time we’re catching up with Bryan Piccioli aka enterthewu19 who recently cashed for $34k in our $100K High Roller Tournament.

DW: Hey Bryan thanks a lot for taking some time to speak to us.

BP: No problem Dany… I’d love to answer some questions and be on the blog.

DW: So first things first how’d you get started in poker?

BP: Well my dad always played at least once a week when I was growing up, so I was always around the game. I first started playing seriously when I was 16 years old with a few friends from high school.

DW: What’s your ‘usual’ so to speak cash, tourney, what kind of stakes do you go in for?

BP: I play only tournaments, very very rarely will I dabble in cash games.  I’ll play pretty much any stakes tourney. For online, I’ll play something as small as a $5 or $10 turbo up to whatever freezeouts are running.  For live, I’ve played probably 10 to 12 $10k buyins in my life, and will grind as low as like a $200 buyin live. I would definitely consider myself mainly an online player, but I enjoy traveling and the live grind as well. I like switching it up between the two every few months.

DW: Tell us about your live poker escapades, seems like you’ve done well from them right?

BP: Yes, I’ve played in a bunch of WPT/EPT/WSOP events. I have one WPT cash at Foxwoods, two EPT cashes at PCA main event and EPT grand final in Monte Carlo both in 2010, and 3 small WSOP cashes. Unfortunately no final tables in any big live events yet.

DW: Okay so outside of poker what’s Bryan do for kicks?

BP: I am big into music and sports. I am almost always listening to music while I play (both live and online).

DW: I’m guessing this is a full time gig right? You don’t have a regular 9-5 office job you’re not telling us about right?

BP: No, I don’t have a day job.  I dropped out of college after 2 1/2 years to play poker professionally. I won satellites to two EPT’s within a few days so had to take the remainder of a semester off, then I just never went back. But even before then, I was always playing semi-professionally. I’ve been playing full-time since early 2010.

DW: Pro’s name a few and what you really think about them

BP: I think most of the “TV pros” are pretty overrated and not too difficult to play against. I’ve played with my fair share of them, and I would much rather prefer having one of them at my table than an experienced online high-stakes MTT player, with a few exceptions like Ivey, Antonius, etc.

DW: My favorite question of course, so you win big, I mean really big. Go on what do you do?

BP: If I won a big live event, probably the first thing I would do would be to buy a nice house somewhere. Then I would definitely get some nice gifts for my parents and my sister.

DW: Nice, alright then do you play this tournament  regularly? How’d you prep for it?

BP: The $530 high roller on Party is part of my normal Sunday schedule, I play it almost every Sunday.  I am normally playing tons of tables, especially on Sunday, and sometimes will be on up to 20 or more tables at once, so I wasn’t really focusing too much on this tournament until it reached the money bubble. Once we got ITM I was on fewer tables and able to concentrate more the deeper the tournament got, and got lucky enough to come out with a win.

DW: Taking it all in your stride I see, alright then did you celebrate a decent payday like that?

BP: I didn’t really do anything to celebrate my victory, but something pretty cool about the tournament was that I got heads-up with one of my roommates, Chris aka PAGE_UP_V on PartyPoker. I had a big chip lead 3 handed then Chris knocked out the other guy in 3rd, so after that we just chopped according to our stacks. I think I got $34k and he got $32k. Chris, myself, and 2 other guys live together down here in Cabo, Mexico, and we all put in pretty high volume at tournaments, so I’d say I’m at the same table as one of my roommates at least 2-3 times a day. We get used to playing against each other and it’s fun to try and run some crazy bluffs on someone when you are sitting at the same table just a few feet away from them.

Welp that’s it. I hope I did ok, probably not my best effort considering I just got done playing like a 10 hour session and I’m pretty burnt out at the moment.

Next up on the Live Circuit!

DW: You did just fine, I’ll let you get some well earned rest I guess. So for those at home wanting to taste the live action thrill of poker remember the WPT Vienna is the next big stop on the international tour, with online satellites currently running on PartyPoker.

And as well as that the Premier League Poker will also be heading to Vienna, with $13,000 trip packages up for grabs at PartyPoker for you to join the likes of Tony G, Patrik Antonius, Vanessa Selbst, and Erik Seidel in one of the world’s biggest buy-in poker tournament!

Share. Twitter Facebook Google+ Pinterest LinkedIn Tumblr Email
Previous ArticleVienna airport arrivals should start expecting a ton load of Party Poker players when the WPT waltzes into town
Next Article Disguising your play and other great tips you should learn to become the better poker player