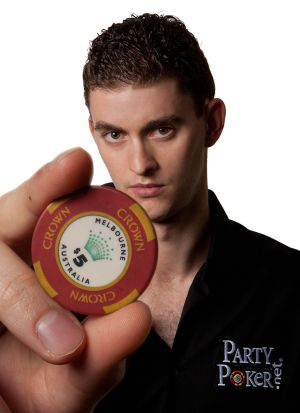 Tyron Krost: Bring on the tournaments!

I arrived in Paris a couple days ago for my first big event since the Aussie Millions – the WPT Grand Prix de Paris. It’s the first time I’ve been in Paris and after the exhaustion from just a couple day’s worth of sightseeing, getting to the poker tables will be a huge relief on my body.

Since signing with PartyPoker I’ve mainly been organising myself for the trip I’m on now, which will take me through events in Paris, Barcelona and Vegas over the next couple of months.

Like no other card room I’ve ever played in

I registered for the tournament last night. It always seems to me to be a good idea to get these things out of the way. It was exciting walking into the poker room right on the Champs d’Elysees. It’s like no other card room I’ve ever played in. I don’t know if it’s always like that but I think there’s quite a buzz for this event.

One of the first WPT events I watched was where Tony G and Surinder Sunar got heads up in the Paris event. From what I can remember Tony G completely rattled Sunar but lost a few all ins and wound up coming second. It’s great TV for anyone that hasn’t seen it, even if I just ruined the result for you.

Extra time to get over the jet lag

I’ll be playing this coming Sunday, which is Day 1b. I thought I’d take the extra time to get over the jet lag and travel tiredness, also with so much to do just down the street it’s not like I’m going to be getting bored.

After this event, I’m planning on taking a few days to relax in San Sebastian, before heading down to Barcelona for the WPT event over there. So far, it feels good to be on the tournament trail.