You are at:Home»Older posts»A Week in the Life: John Tabatabai (Part 2) By Lee Davy

A Week in the Life: John Tabatabai (Part 2) By Lee Davy 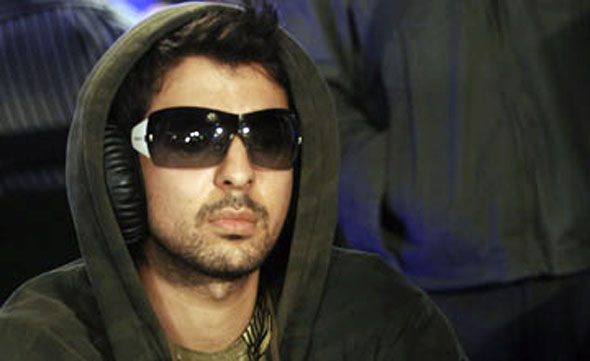 Yesterday we began our “A Week In The Life Of…” with John Tabatabai and here’s Part Two where we learn about his Colombian poker schedule, the speed of the checkout girls and his love for Plantain.

What is the most annoying thing that has happened to you this week?

Columbia has a lot of great things, but one of the downsides is the food. It is horrific. Everything is fried, and covered in cheese, and they have a vegetable here called Plantain. Its like dry banana, which they put with every dish! The second most annoying thing is when your used to living in a well developed country, you are used to efficiency, but here it is so slow. For example, at the supermarket when you buy something, the woman cashier does everything for you and at such a slow pace. You are waiting in line and she is very slowly putting everything in the bag for man at the front. You are standing there for ten minutes watching her pack the bags!

If you had a time machine what would you have changed about this week?

I guess I would have played less poker. It’s easy in hindsight but while I am here I have been waking up early, eating exotic fruit, then I head to the gym before going to university. I then come home, catch up with some friends on Skype and Facebook before playing online poker for a few hours practicing PLO. In the evenings I go out socialising to practice my Spanish. But there is no real need for me to play poker. I should be out spending more time with the locals learning Spanish.

Yes I attend a University here in Columbia, for Spanish lessons.

So you are learning to speak fluent Spanish, how many hours a week do you go to learn Spanish?

Two hours a day in Uni, I also have Rosetta Stone so I do an hour on there and then try spending a few hours a day talking to locals at the gym, or out for meals and nights out. Nobody speaks English here, only Spanish. I like watching TV with the subtitles on as it is in Spanish. So it’s probably about six hours a day in total.

Have you played any live poker this week?

No, although they do have some good PLO games. But I have tried to avoid them as I have some friends here and I don’t really want adverse attention brought to me. If you are walking with 1 million peso, which is the currency here and is more than a year’s salary to these people, and if you win big money like 5 or 10k, people can easily get upset if you don’t speak their language. So I don’t gain anything by playing live. Also it is so slow! The only live game I played here was a couple of months ago when they had the LAPT in Medellin.

How many hours per week are you grinding online?

About 5 hours a day on average.

And you mentioned PLO, what stakes have you been playing?

So you made a mistake by playing too high?

I have made lots of mistakes. I was starting too high without consulting my friends – who are great PLO players – without asking for their advice, just being too proud or confident. I don’t need the money to live out here, so I decided just go back to basics and play at a level that I am not going to make stupid decisions, because the money doesn’t mean anything, yet at the same time to play somewhere that is not going to destroy me and I can actually learn. So now I watch and talk to more people about the game, and try and learn the game instead of just gambling as I was before.

So how much have you lost this week?

What an interesting way of putting it, I like the assumption!

I actually think I am up this week, but I don’t look at my P&L anymore. Looking at your P&L I was aligning that to dictate my mood and happiness for that day so I thought, “Shit I lost 4k today I can’t even go out and get a sandwich,” or, “ I am going to spend 2k on a coat,” which a lot of poker players do as they have a very warped personality and value for money. So I don’t actually look at it, but don’t think I am losing this week.

You think you are up?

Coming Up in Part 3

In Part 3 John Tabatabai talks about his favourite hand of the week, his lack of PLO coaching and the Colombian gym.

Lee Davy is a writer from Ogmore Vale in South Wales. You can follow his views and opinions through his blog at or on Twitter

So What do you think? Let us know in the comments below and remember to follow us on Twitter for more poker greatness.