You are at:Home»Older posts»6 reasons why psychology matters in poker 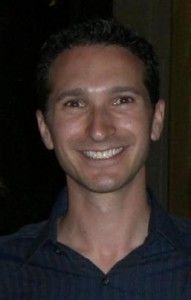 6 reasons why psychology matters in poker

Psychology is one of those places because the numbers of poker players who scoff at it, still out number the ones who see real value in it… but that’s changing. It wasn’t long ago winning players didn’t need to work on issues of tilt, focus, motivation, confidence, etc, because the games were so good it didn’t really matter. Sure it cost them, but not enough to be a problem.

That’s no longer the case. The sheer numbers of players combined with the amount of quality education out there now demands that to have an edge in most poker games means that you have to dig into the side of the game that in a sense is still quite juicy…the mental side.

Whether reducing tilt, improving focus or training to play in the zone – improving the mental side of your game happens in the same way as improving your poker game. It comes down to developing a strategy based on quality information, and since matters of the mind are not always obvious, here are six (of many) ways that psychology matters to your game.

The spew from stacks thrown away by tilt is an odd place to find opportunity, but it turns out to be one of the best when you know how to use it. Few players realize that mistakes made on tilt, whether strategic or mental, are not actually caused by tilt. Tilt simply reveals them. It’s like tilt strips your skill set down to its weakest point and shows you the areas of your game where you suck the most.

When you tilt, the excess emotion actually shuts down your ability to think; a consequence of a reaction in the brain present in every person on the planet without brain damage. The reason tilt is even a problem is that you lose the ability to think. If you didn’t, you could still make good decisions and would play well.

With thinking gone, the terrible decisions you make on tilt represent the worst habits/decisions in your game – ones that are normally protected by thinking. While it’s very likely these terrible plays are obvious and basic for where your game is now, the bottom line is that you simply have NOT mastered them. The skills you have mastered already show up when you go on tilt and once you master these they will too.

Of course it’s better to not tilt at all, but until that happens make the most of the opportunity tilt provides.

If the most weight you could bench press was 150lbs, it would be insane to throw 250lbs on the bar and try to lift it; yet it’s common for players to take the same attitude towards playing more tables and hours. Sure it may sound reasonable for you to play four hours/day when you can only play two or play twelve tables when you can only play seven, but that doesn’t mean you can do either and still play well. Maybe once in a while when the stars align perfectly (a perfect mood, run great and the tables are full of fish), but to do it consistently is an entirely different story. It requires that you build mental muscle in the same way that you would actual muscles – work at it.

Think of it like a workout, so start with what you can do, and then slowly add to it. If your average session is two hours long, for the first week or two add 10-15 minutes to each one. When that becomes comfortable, add another 10-15. Keep in mind that just like those last few reps trying to now bench press 160lbs, you have push your way through. Give up and you gain nothing. Push yourself and you’ll actually build muscle. The same is true for the mind.

Stick with it, and in a month or two you’ll be easily playing 3-4 hours (same idea adding tables) with no drop-off in your winrate! 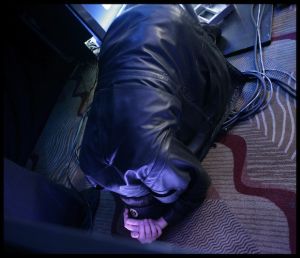 It isn’t a question of whether variance will show up; it’s how you react when it does. Whether a great run or a terrible one, the major reason variance causes problems is that it messes with your confidence. Run hot and you can feel like a poker god, run terrible and you feel the exact opposite…like you game in the gutter.

The reason confidence goes up and down in perfect alignment to your results is that’s how you evaluate the quality of your game – results. Sure money and results is what matters most – BUT skill is what produces those results over the long term and so that’s where you focus needs to be in the short-term too.

To make the change – to focusing primarily on skill over results – you need to actually evaluate the quality of your play afterwards. Tracking software calculates the numbers automatically for you, but when it comes to knowing how you played – you have to do it. And it doesn’t take long, just 15 minutes is enough. And then on days where you lose but are certain you played well after reviewing the session – feel good about it – you minimized your losses and that’s a huge win.

Improving in poker is rarely linear. It’s more like a car with engine trouble…a lot of stopping and starting, jolting forward and occasionally completely stalling. Variance aside, it doesn’t have to be this way. Instead with knowledge of the process of improvement you can keep your learning curve steadily moving upwards while minimizing the extreme ups and downs.

Because poker has gotten more competitive, hard work is no longer enough to make this kind of progress. You have to work smarter and more efficiently. While this is a subject that an entire book could cover, here are a couple things to think about/do.

The holy grail of performance isn’t some mystical place that comes to you out of nowhere; it happens for good reason. The Zone – that place of ultimate focus, perfect presence, and great play – can be boiled down to its essential ingredients and served up at will.

To get there you want to first remove the reasons that take you out of poker nirvana… such as, distractions (IM, internet, phone calls, etc) and tilt (bad beats, running bad, revenge, entitlement, desperation etc). Easier said than done, but if it were easy the reward for your game wouldn’t be as big.

You also need to prepare for it. For the zone to happen consistently you need to get your mind tuned into poker and nothing else. Steadily work your way into this ideal mindset before you play, so it clicks in when you start, or soon after. There are many ways to do this, and if you don’t know what it is for you experiment until you figure it out.

A move up in stakes is often treated like a sink-or-swim scenario, either you make it or you fail. Failure leading you back down to rebuild your bankroll and likely your confidence too. Moving up can be incredibly stressful, but it doesn’t have to be.

While many players say there goal is to play higher limits, that goal isn’t strong enough. The goal needs to be to establish your game at the new limit in the same way you did at the prior one. Why? That subtle difference makes you more aggressive in achieving it and automatically lengthens the time frame for expecting to successfully making the move; both of which reduces pressure. Plus since your not just trying to have good early results at the new limit, your focus is more on increasing your skill enough to compete with the regulars and you actually learn faster.

So, rather than just jumping up hoping to stay there, consider taking shots to:

Since it is your skill that matters most, focus on gaining it and the end result will happen.

To follow my coaching on Facebook, click here. For more information on my coaching or to ask a question in my poker psychology forum, visit my website jaredtendlerpoker.com. Keep an eye out for my new book to be released this summer.