You are at:Home»Older posts»10 Fantastic Facts and Things to See in Prague

10 Fantastic Facts and Things to See in Prague

Prague is one of the most vibrant and exciting cities in the world. It is also the city that is hosting the partypoker WPT National Prague Main Event that runs from December 4 through to December 7, which is going to be nothing short of amazing.

With partypoker WPT National Prague only days away, we have taken a tour of the amazing city and come up with 10 fantastic facts about Prague that should arm you with plenty of general knowledge for when you descend on the Czech Republic’s captical.

#1: Prague is a Tourist Hotspot

Prague is split into 10 districts and sprawls for miles. It is one of the largest cities that I have ever had the pleasure of exploring; it seems to go on forever!

More than 1.2 million people live in Prague and more than six million people visit every year, most of whom are Germans, so brush up on your German before you head out there! A view of Prague

Prague was the first country from the post-communist Eastern bloc where a restaurant received a coveted Michelin star. Chef Andrea Accordi of the Allegro in the Four Seasons Hotel received a star in 2008. 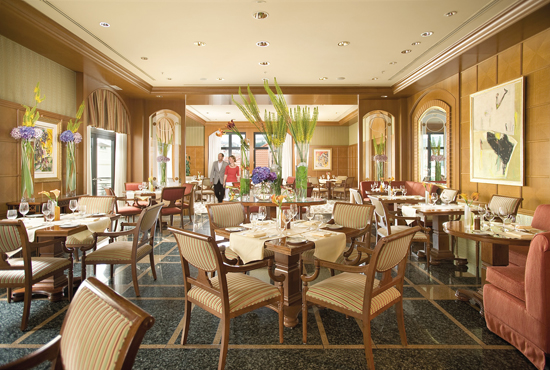 Allegro in the Four Seasons Hotel

If you head to Prague during the summer solstice and make your way the bridge tower on the Old Town end of Charles Bridge, hang around until sunset and when the sun disappears behind the St. Vitus Cathedral on the hill, the last rays of light land on the exact spot where St. Vitus is buried. 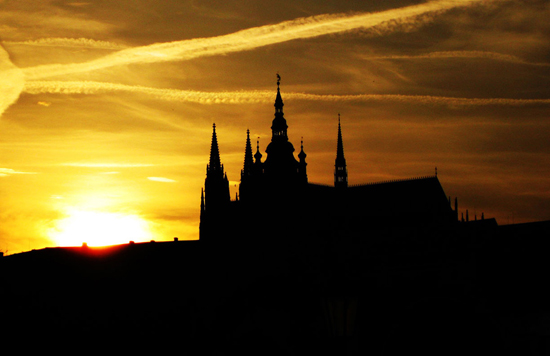 Sunset behind the St. Vitus Cathedral

Prague is full of amazing architecture, but did you know that it is also the home to the World’s largest castle? According to the Guinness Book of Records, the castle spans across 18 acres thanks to several expansive courtyards and it homing historical buildings such as St. George’s Basilica and the aforementoned St. Vitus Cathedral. The World Poker Tour first set sail for Prague during Season 10 and was an instant hit. Talented Russian Andrey Pateychuk outlasted a 571-strong field to claim the title and €450,000 in cash. 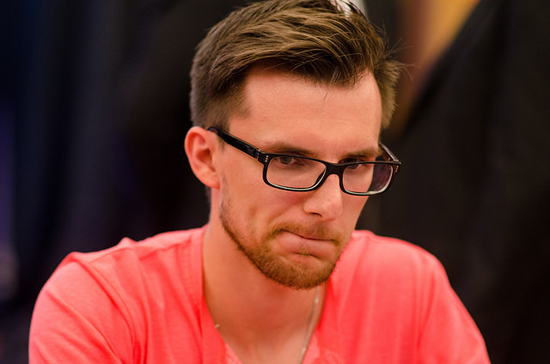 Season 11 was won by Marcin Wydrowski who walked away with €318,295 after navigating his way through 566 opponents. 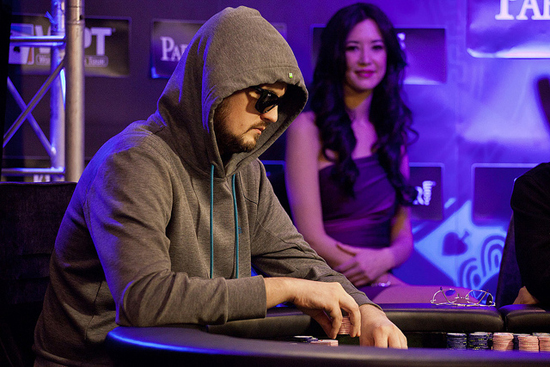 The festival moved casinos in Season 12 and Julian Thomas of Germany fared the best in the new surroundings, defeating a field of 306 to scoop €206,230. 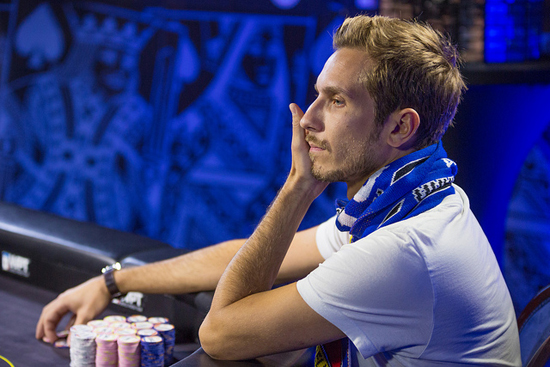 Fans of beer will be happy to know that Prague has more than its fair share of public houses. You had better be a fan of Pilsner because almost 97% of Czech beer is this variety and more than 43 million gallons of the amber nectar are slurped every year! 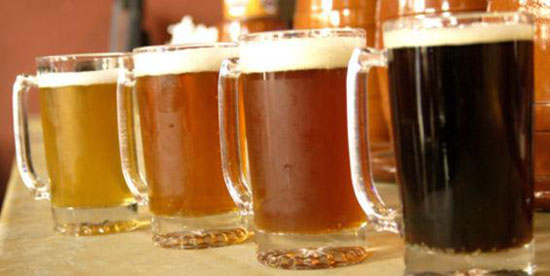 Gallons of this stuff is drunk every day!

When former Beatles star John Lennon was murdered in 1980, a graffiti artist painted Lennon’s image on a wall facing the French Embassy in Mala Strana. Although authorities repeatedly covered the art work, today the wall is covered from top to bottom in John Lennon-inspired graffiti and is seen as a symbol of free speech. 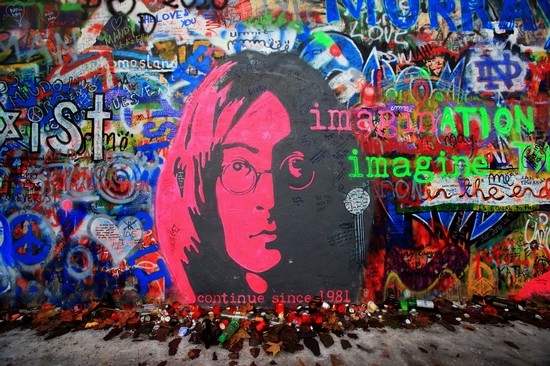 Imagine all the people…

Those of you wanting a special view of Prague need to head to TV Tower, Prague’s tallest landmark at 216 meters high.

TV Tower boasts of nine pods that offer panoramic views of the historical city, but that’s not all. In 2000, a series of crawling babies were installed on the tower by artist David Cerny – only he knows the reasons why – and they are still there today. 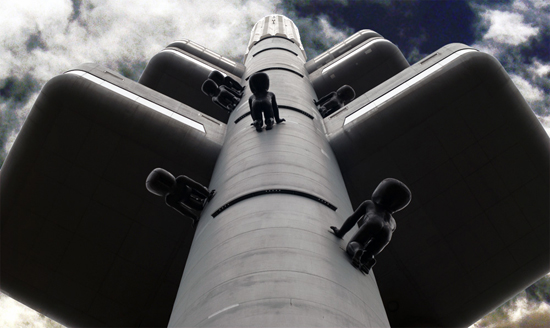 Pay a visit to the Old Town Hall and feast your eyes on the Astromical Clock, which could be Prague’s most famous landmark. On the hour, every hour, a procession of 12 apostles appear from the side of the clock, while the figure of death strikes the time! It is a superb spectacle. 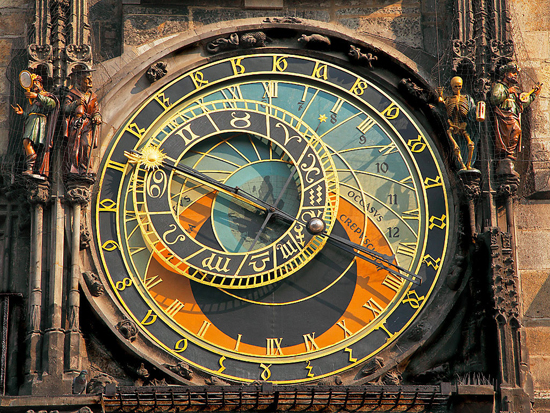 If museums are your thing then you’re in luck because Prague is the home to some excellent museums. While in Prague, make sure you check out the likes of the National Museum, the National Gallery, Museum of Communism and if you’re not squeamish, the Museum of Torture! 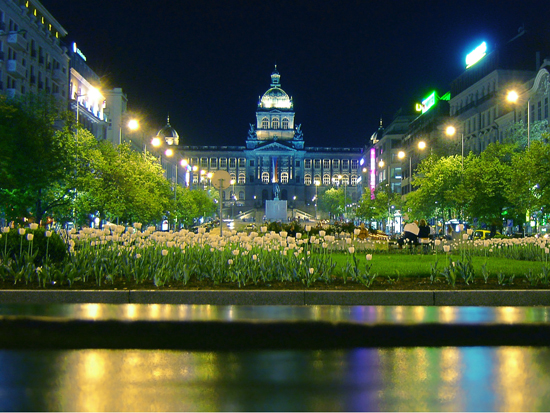 Hopefully, you’ll be too busy playing poker in the 2014 partypoker WPT National Prague festival to go site seeing because there is so much to do at the Kings Casino in the Corinthia Hotel. In addition to the €2,000 buy-in Main Event, there are several other tournaments for you to get your teeth into.

While the partypoker WPT National Prague qualifiers are no longer running at partypoker, we do have satellites running to WPT Fallsview and WPT National UK London in the lobby so why not try to win your way to one of the special WPT events for as cheaply as you can.